Thanks to the technological advancements for making emails quicker and easier to access. Probably, we had had never thought that we will be receiving and sending emails while we are on the go. Anyways, moving further, let’s admire all those who have been exerting all their efforts for keeping things simple. And in the pursuit of keeping it simple, Google is always on its toes. Anyways, let’s sum it up by mentioning that Google once again is all set to roll out something more for its Gmail users.

According to Greg Bullock, Software Engineer of Gmail, it’s pretty easy to read emails while we are on the go. However, won’t that be a blessing if you could send smart replies to the emails you received. Smart replies? Does that sound weird? Not anymore, the instant yet smart replies of g suite from planned updates is going to rock things.

That’s just one part of the story. Whereas, in its email to G Suite customers, Google clearly mentioned all their future plans. Out of many other upcoming expectations like accessing Google Calendar from the Gmail interface directly, we personally like snooze emails. 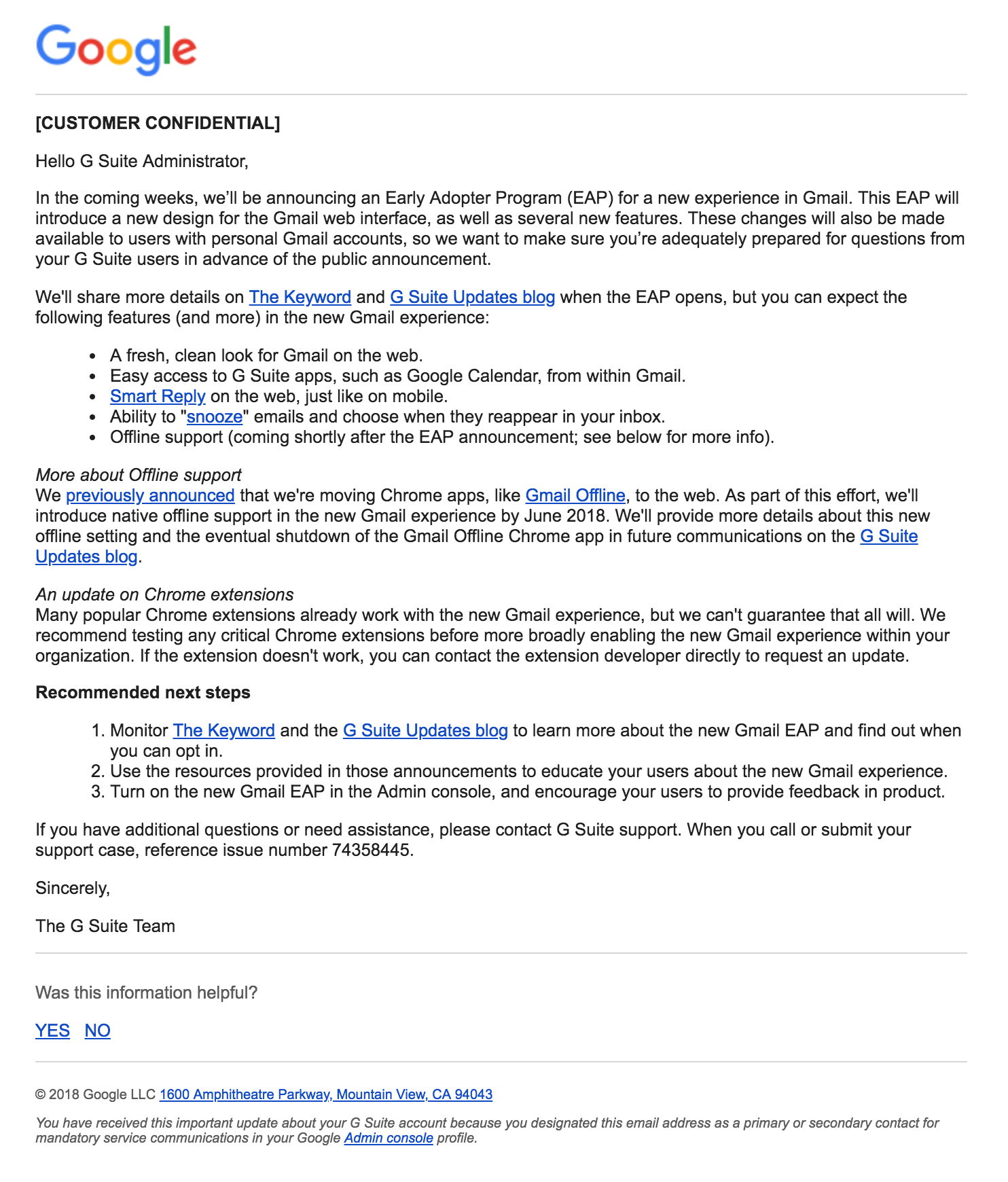 There’s a strong prediction that these revamped algorithmic changes may break popular add-ons for Gmail. In addition to all the above predictions, the team Google has not yet finalized the new interface of it. It’s worth noting that Google keeps on tweaking with all of its services. However, among many other changes, Gmail is the thing that remains the same over the years. Like every other digital media geek in Pakistan, we are also anticipating what would that be?